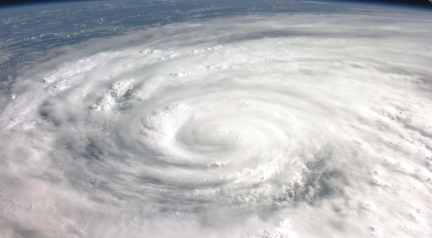 There’s something inherently Houstonian to me about living through the ritual disaster of multiple hurricanes. Maybe it’s the same for kids anywhere along the coast. During my childhood, I spent several occasions taping huge Xs across window panes with rolls of masking tape, ensuring flashlights had working batteries, and filling up the bathtub with water, then hunkering (a word seemingly used only for such occasions) with family members in downstairs hallways during nights of noise and lightning and commotion, not knowing to what degree the neighborhood would be wrecked in the morning. Just knowing it would be wrecked.

One would think you’d — if not exactly get used to — at least accept the reality of, living so close to the Gulf of Mexico. Get used to tree branches breaking through rooftops, find it normal to have your yard saturated as a bog and littered with broken bits of debris, understand that possessions are just things, learn not to drive through water — no matter how low it seems. My husband said yesterday morning, “Well, you live there, you know, you take certain risks.” He didn’t mean it insensitively; just stating a fact, not unlike the way we know living in Massachusetts means snow will cause big problems for us from time to time, too.

But the longer I live, the more traumatizing it feels to experience a storm of such gigantic proportions, even from afar. Maybe it’s partly because I know people are exhausted by anticipation and preparation, get beaten down by the loss of property, are beyond tired of the ongoing rebuilding and rebuilding and rebuilding again.Certainly there is significant logistical and financial strain. Of course people’s lives are actually in jeopardy — that one can’t ever be underestimated.

Maybe it all makes me feel like a scared kid again. Maybe I feel pained (read: guilty) that my geographic dislocation means I can’t readily help my parents, who still live there. Maybe it’s even something more.

On September 11, 2008, I flew to Houston just ahead of Hurricane Ike. I wasn’t traveling with the intent to help my mother weather the storm. My brother’s memorial service had been scheduled for two days later, so I was coming back to my hometown for that awful event, only to intercept another. The Saturday we were supposed to be gathering with friends and family at a pretty Unitarian church would be the day right after the storm crashed onto shore and swirled across town, acting like it wanted to devour everything in its path like the horrid hungry monster it was. Afterward, the fourth largest city in the country was suddenly all but shut down due to the enormous amount of power outages, extensive flooding, snapped trees, live wires sparking across roads, and smashed up property as far as anyone could see.

Three days ago, when it seemed like the tropical depression — a moniker I find demonic in its ability to be cheerful and dreadful at once — was going to turn into something real and make landfall, my husband and I were on vacation in New Hampshire, a world away from Texas weather-wise, enjoying early fall-ish breezes, sweeping blue skies, and abundant sunshine reflecting off the lake in pretty sparkles – the kind of days you would order off a menu if you could, they were so delicious. I had been positively basking in it. But the news from my home darkened my whole outlook, not just out of concern for my parents, but in sickening flashbacks to Hurricane Ike.

Losing my brother was the worst thing that ever happened to me. Back then, I was having a hard enough time processing his sudden death from a fall while he was hiking in Colorado. I felt the stomach-churning guilt and dislocation from being fifteen hundred miles away then too. And instead of being able to simply put my arms around everyone he loved and tell stories and cry and laugh, there I was, standing stunned in my mom’s house with the masking tape and the batteries and the water. Again.

My dad and step-mother are currently stuck on the second floor of a kind neighbor’s house with little more than a make-up bag, meds, and and couple of books, from where they can peer down at their ranch-style home, submerged in floodwater, knowing that most of what they own is now destroyed. My mother is sopping up water in her home office a few miles from there, moving a bookshelf and a desk, ensuring electrical cords aren’t dripping into the water, alone.

Outside of the room I’m in, the sky has just a few pale blue wisps of clouds gently lingering in the waning light. My windows are open, and I can hear the neighbor’s dog yipping, cars slowly driving by, the crickets chirping in that slow, late summer way they do.

Hurricane Harvey and the astronomical rain that continues to follow it, eliciting the phrase, “Perhaps this is end times,” from my mother (granted, prone to hyperbole) don’t even quite compute.

The incongruity is so bizarre, I texted to one of many friends who has sweetly checked in on me. And then, Mother Nature is a crazy bitch. Also, she is likely pretty pissed off at us.

No wonder. She wrote back.

This Sunday will be the ninth anniversary of my big brother David’s death. I would never have imagined his memory would be so tied up with hurricanes for me. And yet, the way these storms so violently churn, shear things apart, terrify with noise and lightning, and suck up oceans of water only to furiously spit them out later, drowning everyone in their paths — it all matches the emotions frighteningly well. And I don’t get used to it.